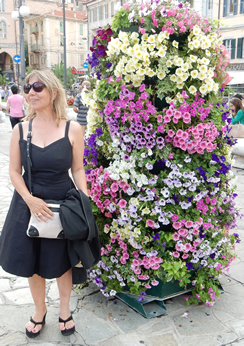 Maryann D'Agincourt, born Maryann Reppucci, in Boston, Massachusetts is the author of the National Book Award-nominated novel Journal of Eva Morelli. She has also written a collection of short stories entitled All Most. Published in December 2014, Glimpses of Gauguin, a novel in sketches, received glowing reviews. Her latest release, Printz, is a moving, lyrical novel set in Paris.

An alumna of Simmons College, she has two graduate degrees in English literature. Her thesis and orals focused on contrary forms of fiction in early twentieth-century British literature. She later studied in the Humber School for Writers, Toronto. Her mentors were M.G. Vassanji, Antanas Sileika, and Sandra Birdsell. She has written design columns for a regional newspaper in the Connecticut Valley, and has had short stories published in literary magazines. As a novel-in-progress, Journal of Eva Morelli was a finalist in the William Faulkner-William Wisdom Competition. She and her husband, a Child & Adolescent Psychiatrist, have two sons and live outside of Boston.